Many Lives of Land

Land has many dimensions and trajectories, or lives. It is home, history, memory and ancestry. It may be considered sacred. It is territory to be contested, demarcated and secured. It is politics. Land is property over which we have state-adjudicated rights. It is also governed through sometimes violent powers of access, exclusion, possession and dispossession. Land is materially dynamic, with the boundaries between water, air and land being fluid. Above all, land is nature.

In a multi-dimensional perspective, land moves in and out of commodity status, and is far from just a marketable product. Yet our utilitarian, extractive relationship with land, and with the earth, has brought us to the brink of destruction. By emphasising overlooked ideas of multi-dimensional land, we hope to contribute to more inclusive and sustainable theory and policy.

This GCRF-funded project brings academics, activists, cartoonists, film-makers, journalists, policy makers, poets and writers in conversation over the mosaic nature of land. So far, our collaboration has resulted in research partnerships across continents, a short film, music video, several media articles in local, national and international publications, and research-led contributions to an upcoming festival of the commons. This site features content created for, discussed during, and generated by our workshops. For maximum reach, our deliberations and output have been in multiple languages, including Hindi, English, Tamil, Khasi and Spanish.

The Global Challenges Research Fund (GCRF) is a £1.5 billion fund announced by the UK Government in late 2015 to support cutting-edge research that addresses the challenges faced by developing countries. GCRF forms part of the UK’s Official Development Assistance (ODA) commitment, which is monitored by the Organisation for Economic Cooperation and Development (OECD).

The Oxford Department of International Development (ODID), or Queen Elizabeth House (QEH), is a department of the University of Oxford in England, and a unit of the University’s Social Sciences Division. It is the focal point at Oxford for multidisciplinary research and postgraduate teaching on the developing world. It ranked as the top development studies department in the country in the UK government’s national assessment of research excellence in both 2008 (Research Assessment Exercise) and 2014 (Research Excellence Framework). 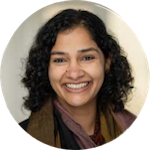 Associate Professor in the Anthropology of South Asia, University of Oxford 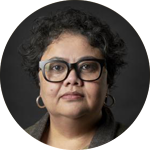 Keeper of Eastern Art and Associate Professor for the History of Art in India, University of Oxford 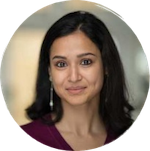